Lucy & Dave sing classic old-timey country duets by the likes of the Carter Family mixed with old-time fiddle instrumental tunes with a touch of folk/rock such as Linda Ronstadt or the Everly Brothers. Harmonies abound on both singin songs and instrumentals including some original melodies from Dave's Morning Walk Album.

Originally from Chico, California, Lucy is a talented guitar picker, singer, promoter, jammer and was head of the California Bluegrass Association’s IBMA Hospitality and Showcase Suite in Raleigh, NC for five years. She promoted bluegrass events and played in several bands before moving to the Bay after the Paradise fire where she now is a regular at many jams and plays her unique mix of folk and bluegrass tending towards songs with a strong female protagonist and of course lots of fiddle tunes.

An Ohio Valley native, music is part of his blood but it took California to bring it out where he has released two albums of original songwriter and bluegrass material. He plays guitar and bass but focuses on mandolin supporting great Bay Area players such as Toshio Hirano, Lucy Smith, Paul Griffiths, and, Matt Lacques. Tunes from his latest Morning Walk release have appeared on local stations (KALW, KOWS) and beyond (KVMR, KGFN, WICR) and the Morning Walk Video by Peter Vahle was featured in the lineup 2022 Bernal Height Outdoor Cinema program. He also writes interview columns for Bluegrass Today, California Bluegrass Association, and the Mandolin Cafe which you can find here.

Clare Simmons’  love for music began when she corrected her mom’s singing at the age of 3. She asked for a recorder for her 4th birthday, started piano soon after and by the age of 13 had descended via the ‘cello to the upright bass. She quickly found that merely owning a bass made her in high demand, despite her initially minimal skills, and that standing behind an instrument the size of a piece of furniture made it the perfect instrument for an introverted extrovert.  She gained a degree in music at York University, UK and moved to the Bay Area where she taught K-12 music for 20 years. She also plays piano and banjo,  and enjoys playing all kinds of music, especially jazz, bluegrass and orchestral around the Bay Area.

Kerry Parker, born in Ontario, Canada, raised up in Michigan on Motown, the Beatles, Up With People and protest songs, has been exploring the fiddle for over 60 years and landed in love early in this century with the Province of Quebec when alerted to its twisty tunes via the partially local group Les Têtes de Violon's first CD "Airs Tordus". Kerry's bluegrass roots include playing fiddle and mandolin with “The Liberty String Band” in Munich and can more recently be heard playing fiddle tunes irregularly with The Probabillies.

Helen is a CBA Youth graduate who plays a mean fiddle and currently studying Business and Marketing at Tulane University. We love having her sit in when she is back in her home digs in San Francisco. 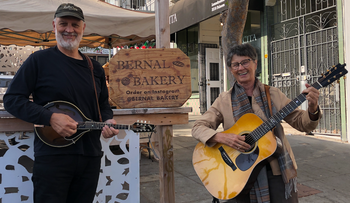 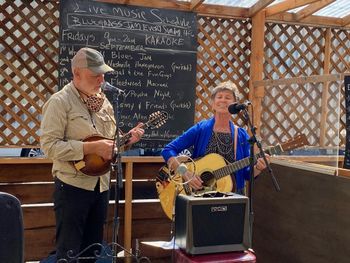 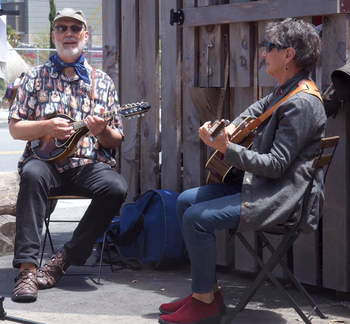 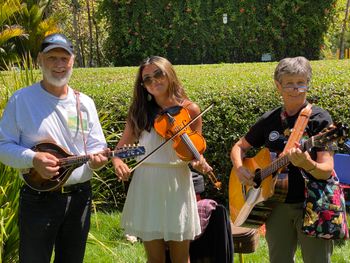 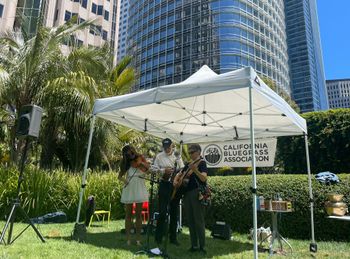 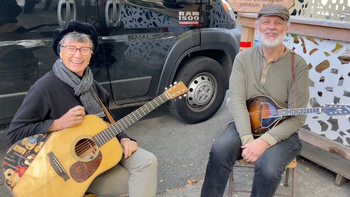 Dave Berry Music · I Know The Way To You By Heart