Back to all posts

October 5, 2022 - San Francisco, CA - The Walnut Valley Festival, home to the annual National Flat-picking Championships and a major stop on the summer bluegrass festival circuit, recognized my tune Blackwater Flood at Buffalo Creek from the Morning Walk album as an alternate to the winners in the instrumental category of the NewSong Showwcase. The winners were announced by the Showcase Curator and current IBMA Bluegrass Broadcaster of the year Chris Jones on Facebook and in the Winfield newspaper, the Cowley Courier Traveler. All winners and alternates were given an opportunity to play their tune but I was unable to attend though you can see Chris announcing the award in the image below.

I wrote the tune in the saddest of all keys Dm in the early 2000's and recorded it with the help of the folks below on the Morning Walk album in 2022. It commemorates the victims and families of the 1972 Coal Dam disaster on Buffalo Creek in West Virginia near where I grew up on the Ohio River.

One of the benefits of submitting a song to the showcase is getting direct feedback from the judges who are professional touring musicians and songwriters. Here is some of the feedback I received for this tune.

A definite old time feel to this song.  The minor chord and claw hammer banjo add to that as well.  Reminiscent of John Hartford.  Great job.

Nice tune. Familiar sound but not too familiar, early sounding but not too early. Arrangement could be a little more creative, such as a version of the center transition might be an idea to begin the song. Very good overall.

Blackwater Flood at Buffalo Creek is a free download for members who sign up on the website and is available with the Morning Walk album on the website and on all streaming services. Programmers can contact me (dave AT quickfours.com) for a CD or digital copies. 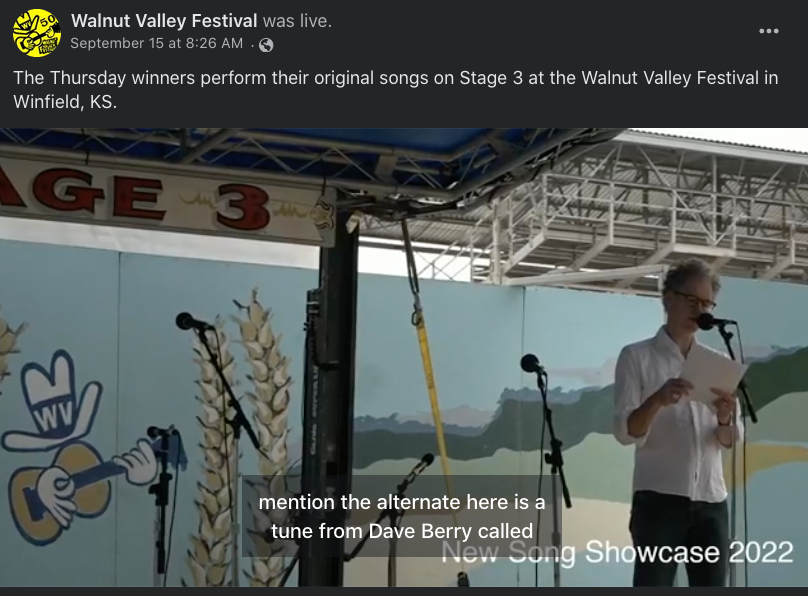 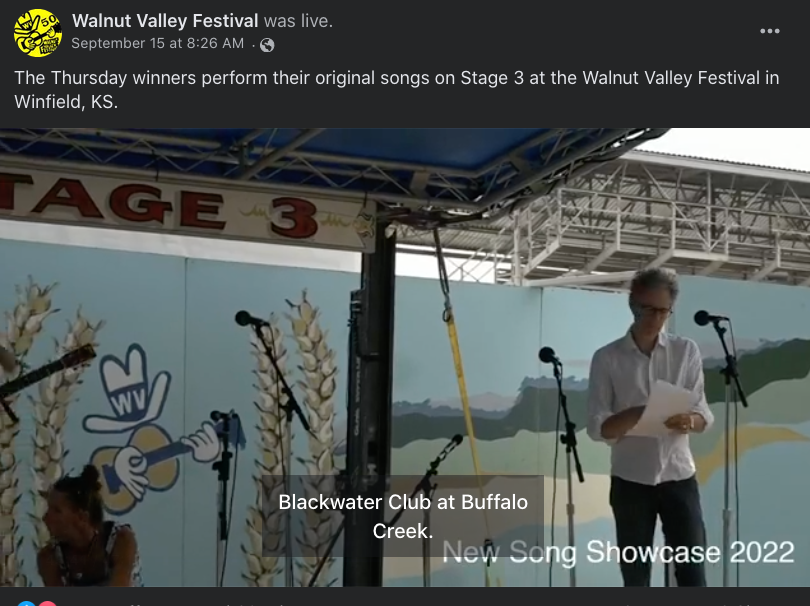